Risks increase with popularity of the show

Pirated TV shows and Movies have become a favorite target for Hackers. Hackers understand that you won’t be able to resist the temptation of getting a peak at the last season, next epidsode, or season finale before it releases. Hidden in those downloads, is a nasty surprise. 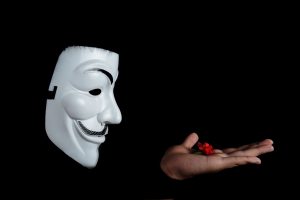 On Monday, April 1, Kaspersky Lab released a list of the top 15 most pirated TV shows that contain malware. Game of Thrones was #1 on that list. HBO hasn’t released a new episode in over a year, yet it still accounted for 17% of infected downloads.

Kaspersky uncovered over 30 threats associated with pirated content. Game of Thrones first episode, “Winter is Coming” was #1 most exploited. Once downloaded, the file appears legit. However, when you try to open the video files it will launch a malware install to your computer.

Could Malware Affect your business?

Malware threats are everywhere. Email, Web, Facebook, you name it and hackers have found a way to infiltrate it. We help protect computers from these threats, so your business isn’t impacted.

Game of Thrones wasn’t the only show. Walking Dead, Arrow, and others are also listed. We don’t recommend trying to find free versions of your favorite shows through pirating. Doing so without anti-virus is even more dangerous.

If you would like to read more, check out Mashable’s article.

If you are going to download via torrent, please practice safe habits and ensure all of your malware/anti-virus protection is up to date.

← Asus Live Update Hacked 5 Things Every Business Should Have →